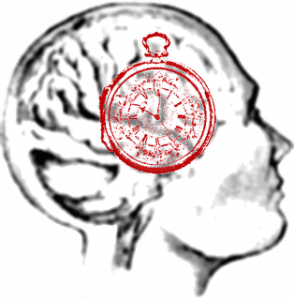 Suggestions about how to memorize piano music.

It is advisable for the purpose of memorizing, as well as for the general mastery of a piece, to learn it bit by bit, taking eight bars or so at a time. Constant reiteration is bad, for it only fatigues the brain without producing the requisite impression. It is better to play something once or twice over, carefully noticing each detail and then stop to digest it. A good way is to learn each hand’s part separately by heart so as to visualize it mentally with such distinctness that the student can, if required, play any given bar by itself and be able to commence unhesitatingly at any point in a piece when asked to do so.

Sometimes it is effective to study a piece in the evening, then go to bed and think the music over mentally, note by note, and chord by chord, as if really performing it, and afterwards sleep. Having done this, the student, upon going fresh to work next morning, will often find that the new piece of the evening before returns clearly to his mind as if it was already a familiar old friend. No one need be downhearted if the power of learning by heart does not come immediately.

For nearly everybody can obtain it in a considerable degree by training, though some people no doubt have a natural talent for it that scarcely seems to need exercising at all to keep it vigorous. Certainly the pianist who possesses by nature a good memory and has also trained it carefully can arrive at the most incredible rapidity in learning music by heart. To wit, Van Bulow, the great pianist, of whom the story is told that he learnt the whole of Tchaikovsky’s Variations in F Major for the piano in the train between St. Petersburg and Moscow, and played them by heart at a concert the same evening when he arrived ! No doubt the more musical talent a man possesses, the easier he will learn music by heart, and the longer he will retain it. It is equally certain that temperament, though one of the greatest enhancements of talent, is to some extent prejudicial to reliability of memory during public performance in the following way. The temperamental player loses himself in the beauty of his music.

He ‘imagines that he is improvising, he feels as if what he is playing is really the expression of his own soul. Suddenly the dream vanishes ! He awakes to actuality and finds that he is still playing a certain part of a set piece by a certain composer ! He is perhaps bewildered by the sudden cold douche of consciousness. He realizes his surroundings, he falters, he forgets what comes next! Rubinstein, greatest of pianists, suffered terribly from this king of lapse of memory, which he put down entirely to being carried away by his temperament.

Still, better the temperament of Rubinstein than the exactitude of the pianola! However, the student is not by any manner of means a Rubinstein, and what was forgiven to his commanding genius cannot be conceded to the ordinary mortal! Therefore the temperamental player will find in his public performance that memory will generally be a source of anxiety to him. But this anxiety ought to be more than com ON pensated for by the reflection that memory can be acquired by patience and reasoning power, while true temperament can never be even simulated, but is a gift of God. The music of Bach is most admirably adapted for developing a precise memory. For in his compositions are to be found the most complicated forms of polyphonic writing, where the mind must be always on the alert to distinguish the many different parts with each their individual workings.